In high school I sewed most of my clothes- not the jeans, but all of the other clothes I wore.

When the kids were little I sewed for them.  Especially at Halloween.  My kids never had store bought costumes!   One day I will scan pictures of their costumes!

I watched my two grand nieces for 8 years total.  One since she was almost two and the other almost from birth.   I loved sewing and knitting for them!  What a lot of fun!

When Courtney was home for Christmas, she saw some of the dresses I had made for the girls and she asked me if I could sew something for her like that.  So I did.

Here's the dress I finished last week- Courtney got it in the mail today: 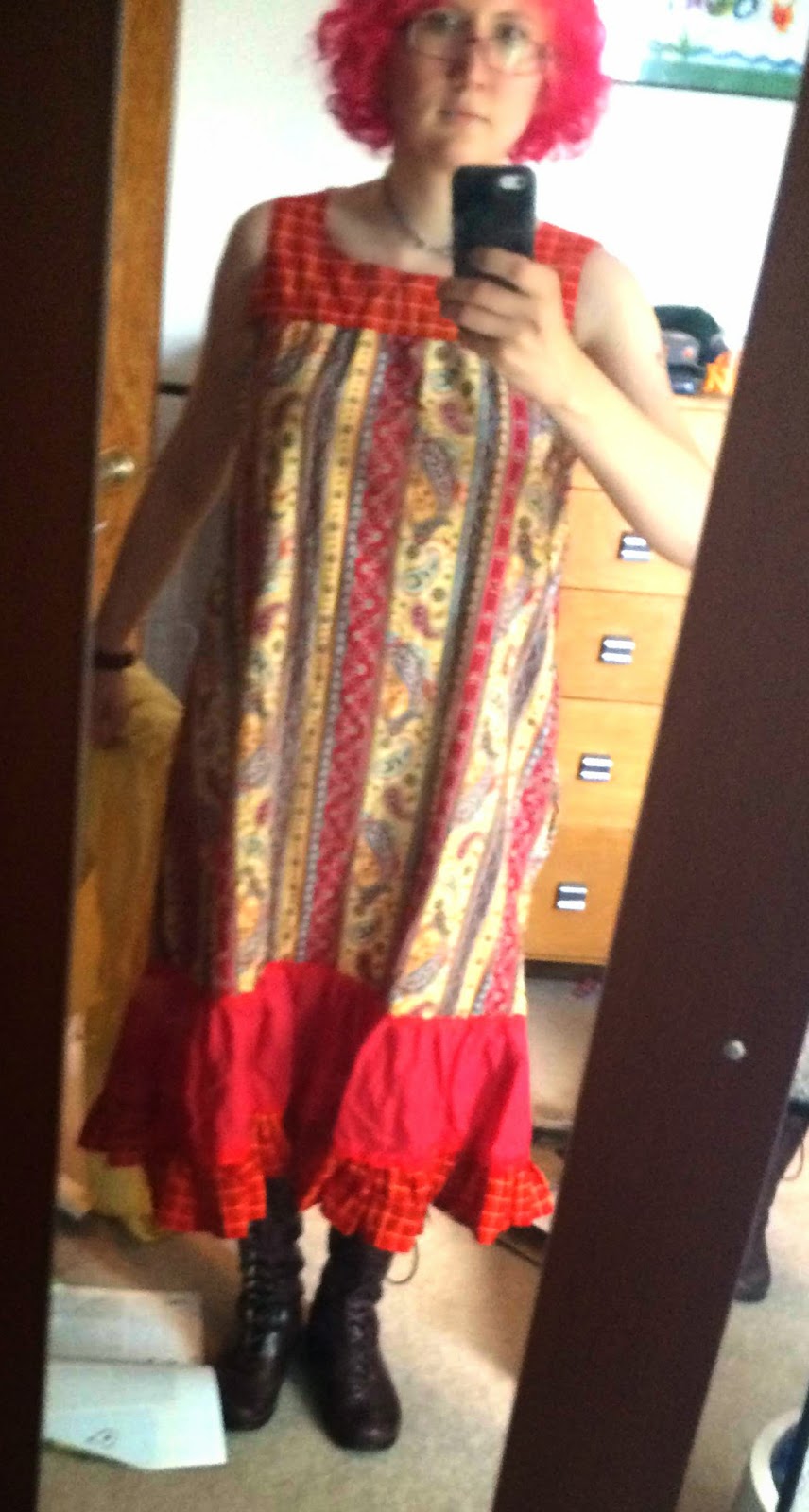 When Courtney was in third grade, she came home one day and told me that she was going to be Martha Washington in her class play.  She needed a costume/ dress by the end of the week.  So I dragged the kids to the fabric store and bought the fabric that looked the most like what she should have at the cheapest price I could find.  I was probably hugely pregnant with Austin at the time.  I don't recall what her lines were, but I do remember how I cried when I heard her speaking and sounding so confident and grown up.  My little girl.  And now she really is grown up! 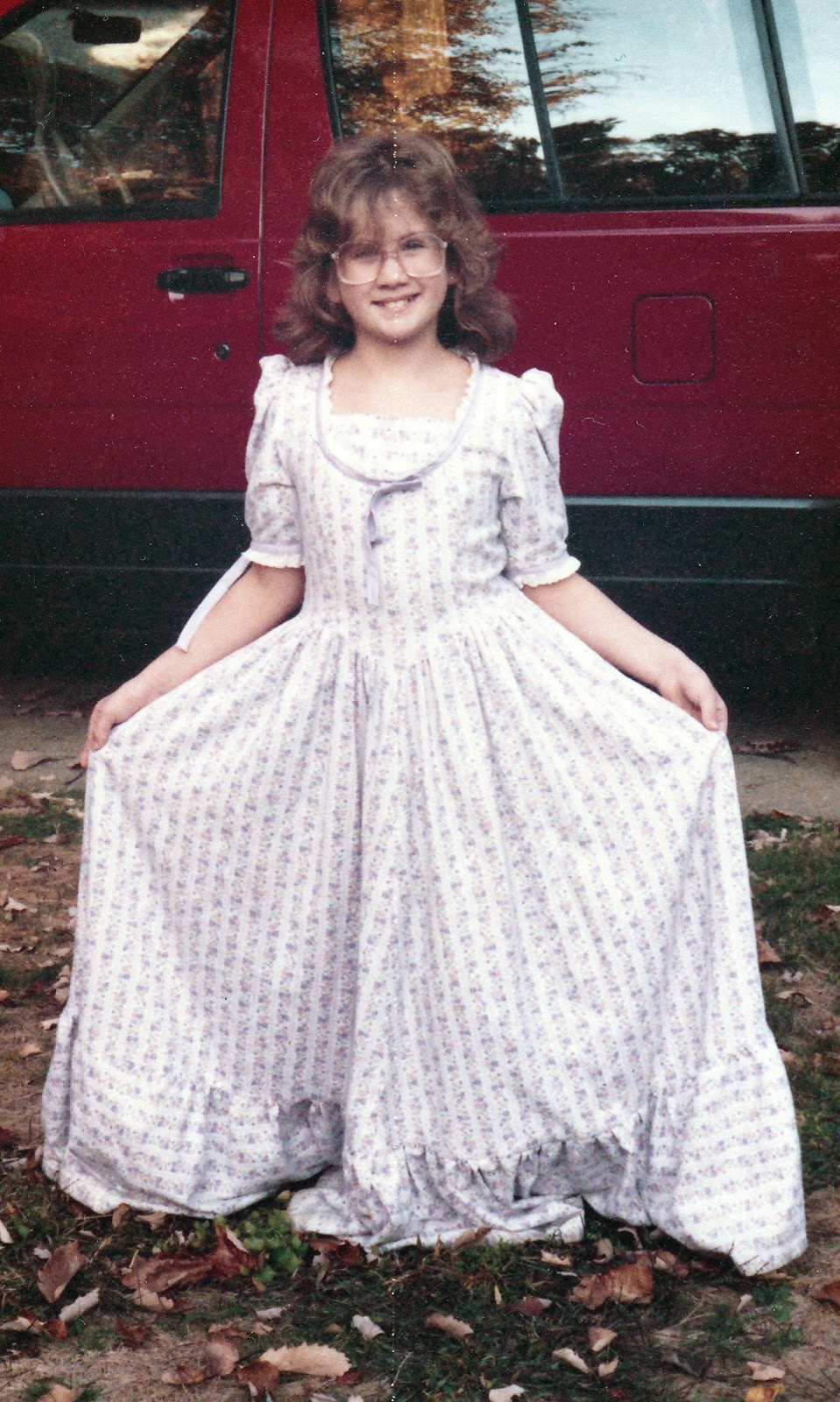