That's a dangerous way to start out isn't it?  Thinking.   Hmm what does that mean?

I decided to try to write about anything but my headache and my brain tumor.  Ok, so I didn't succeed, but that is only the into, so I say it doesn't count. And since this is my blog, I can make the rules!

I have been thinking about kitchens.  I guess maybe in part because I am always (well often) watching TV shows like "Kitchen Crashers" where the house gets an all new kitchen.

Having been a Foreign Service family means we have moved a lot, and as a result, we have had a lot of different kitchens.

When we first got married, in 1972, we lived in College Park, Maryland in a cute Cape Cod house that was built in 1938.   It was small by the standards I would want to live in now, but it was a sweet house.   The kitchen was small.  Too small for a table and chairs.  We had white cupboards and black and white ceramic tile on the counters.   There was a big, white sink.  The only counter space was on either side of the sink.   On the opposite wall was the shove- a gas stove that might have been original to the house, and the fridge.  Since it was a self defrosting refrigerator, it is fair to saw it wasn't very old.

Here's a beat up picture of that pretty house: 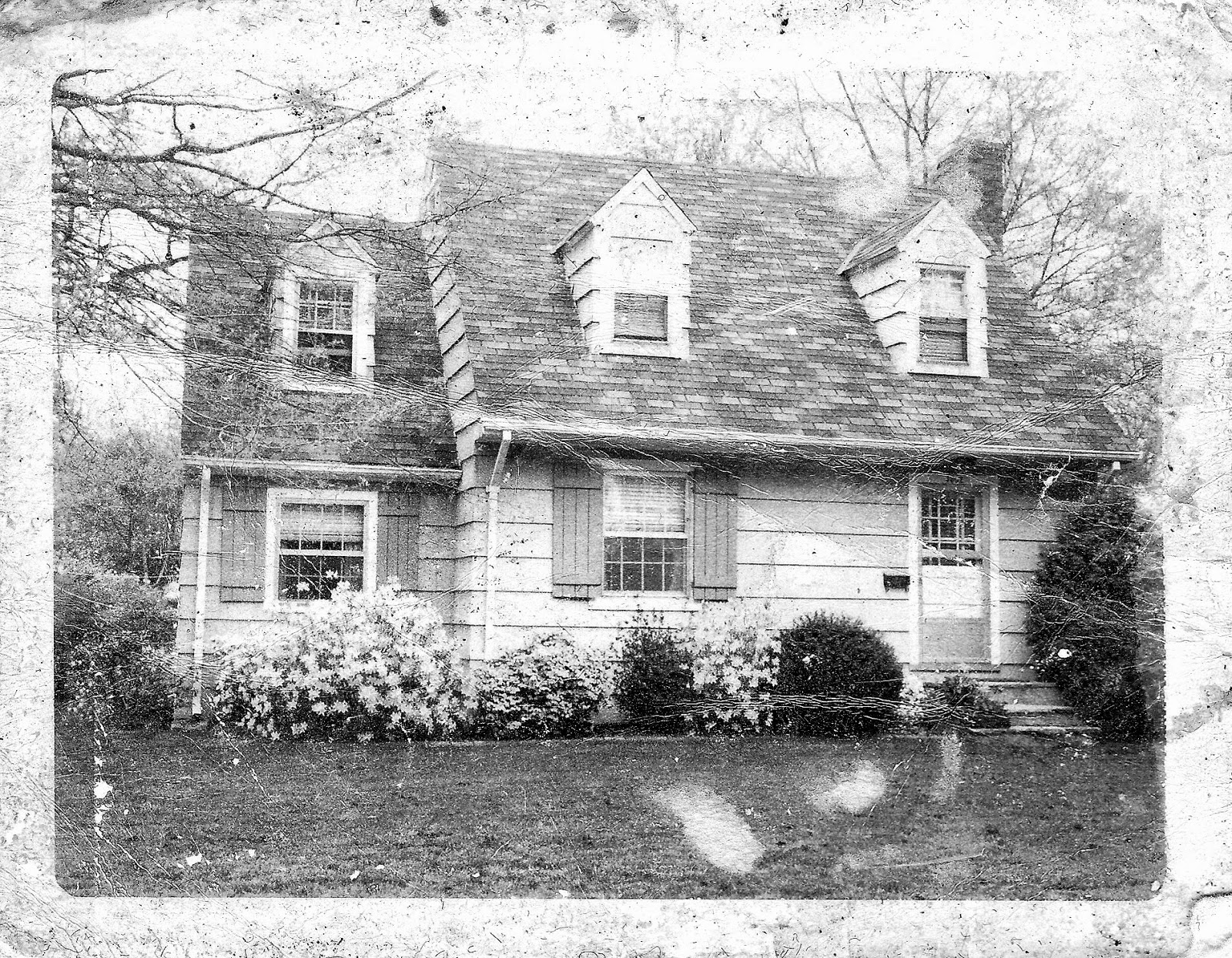 The driveway was behind the house.  There was a small stoop and a door into the kitchen that we came into with groceries.   Or just about anything since we always parked in the back.   Next to that door was a door into the ancient, dank, basement.  Another door led to a small pantry in the kitchen.   The three doors would all clang into each other if you weren't careful.  There was also a window onto the back yard, and a lilac bush by the back door.   No dishwasher, no microwave, not sure about a garbage disposal- I think we had one.  The floor was a god awful red linoleum that was as old as the house.  At some point, Nick replaced the floor with pretty yellow flooring and wall paper with daffodils.  I'm sure that there are pictures somewhere.

In 1976 we began our traveling life.  Originally we were posted to Chiang Mai, Thailand though we were only there for a short time before being sent to Bangkok for most of out two years in Thailand (that time).   The house we lived in in Chiang Mai was an old wooden house that looked like something out of a movie about foreigners living in South East Asia.   There was a big porch on the front of the house.   Ceiling fans inside the dark wood paneled rooms inside.    The kitchen in that house was at the back of the house.  It struck me as a sort of after thought.   It was entered through the dining room, and also had a back door into the yard.  Such as it was.  There was a gas stove (probably propane, I don't remember).  There were double doors between the kitchen and the dining room that were closed and padlocked at night.   The upper walls had screen from about ceiling level to 10 inches down.  This was for ventilation.  There were a great many lizards there- especially on the outside of the screens.  There was a long counter. table, where the transformer was and our American appliances were kept.  We had a blender, toaster oven, iron, coffee pot and whatever else one had in 1976 in their kitchen.  We had a maid, Ampai, who did all of the shopping and cooking.  ( she and I are still in touch).

One weekend, Ampai and I went to Bangkok because Nick was there TDY.  We took the animals (5 cats and one dog) and went by train.   While we were gone, someone broke into the kitchen.  They took all of the American appliances, and the transformer.   The local, Thai language paper had a little article that said "The US Vice Consul's house at 69 Tung Hotel Road was broken into while the consul is out of town.  He will be gone for another two weeks".   Yup!   But, nothing else was stolen because they got all the good stuff already!

For the first few weeks in Bangkok, we were in a big, seventh floor apartment.  The kitchen had an American fridge and stove.  But the oven only seemed to have one temperature- HOT.  Like 500°!   A lot of food was burned in that oven.  Fortunately, Ampia did most of the cooking, and most Thai food does not require an oven.

One weekend, when Ampai was off, we had to fend for ourselves.  We went to the grocery store down the block and bought some ground beef and a box of Hamburger Helper.  When we got back to the apartment, we realized that the instructions were in French.  I know no French, and the French language studies Nick had taken did not offer any preparation for cooking this stuff.  We browned the beef and then decided that it must says something about adding water and other stuff.  It came out edible, if not brilliant.  After all of the translation work, we realized that there were instructions in English on the other side of the box!

When Ampai came home the next day, she saw the Helper stuff in the fridge and was very confused about why we had cooked dog food and then kept it in the fridge.  She got us on that one!

When we moved into our permanent quarters in Bangkok, we had a good size kitchen, with a walk in pantry.    American refrigerator and stove.  No garbage disposal.   Cartons of bottled water in the pantry and in the fridge.  The kitchen had two doors- one into the dining room and one into the hall- for bringing in groceries.  On the weekends, when we gave Ampai off we would cook some.  Mostly we went to Central Department Store and had fried rice (for about a dollar or so), and one night a week we would order pizza and tacos from Kings Crown Pizza- they delivered on a motorcycle.

Courtney was born in Bangkok in February.   Our tour there was over in June, so we left when she was 4 months old.

I am going to take a break now and write about our Polish kitchen later.  Maybe.