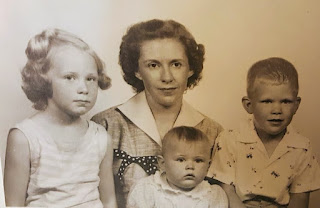 Passport picture of my older sister, older brother, my mom and me (the baby) 1955 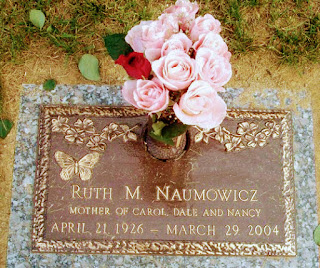 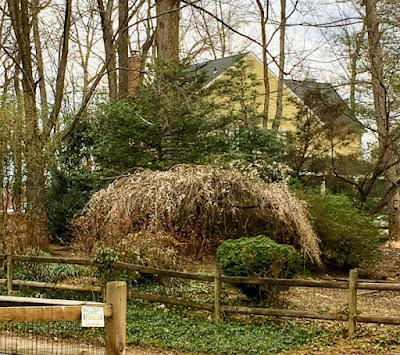 Weeping cherry given in honor and memory of my mother.
Given by La Leche League Friends

Okay, I am bring vain today.  After I put a couple of not very attractive pictures of myself here on my blog recently, I have decided to share a nice picture that Nick took last week.

I really wanted the picture to share with my friends because the necklace I am wearing is made from beads that a group of us women friends gathered together -each bead represents each of us.  We all (43 or so) have necklaces made from the same set of beads. 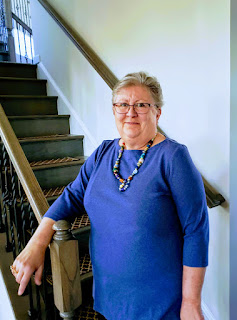 I think I always knew that I wanted to be a mother.  Stereotypically, I played "house" with my dolls and my little girl friends and their dolls.   I even got a nice, toy pram for my baby dolls.

I remember walking all over pushing that pram.  I walked all over the neighborhood.  I went to stores.  I felt the admiration of crooning adults (mainly women) who commented on what a good little mother I was.

When I was thirteen, my first nephew was born.  I loved that baby so much!  I used to take the school bus that went by my sister's house instead of  the bus I was supposed to take- simply because I wanted to see the baby.  He grew and changed every time I saw him.

I used to wish that he was my baby.  Of course, with my nephew I was playing house like I had done with my dolls.  I didn't have to worry about the realities of parenting, just the "fun" part!

When we got married I was 18 and on the pill.   I knew that I was not really ready to become a mother yet.   I did babysit for neighbors, and enjoy their babies though.

When Nick finished law school and joined the Foreign Service, I went off the pill and started hoping to get pregnant.   When I failed to get pregnant, I went to my doctor and he started me on fertility drugs.   I took pills, and went to the doctor's office twice a month for fertility shots.  I charted my temperature to find my most fertile times.   I had blood tests and other tests were done on me and Nick.

My doctor told me that usually fertility treatments worked withing four months.  Since I didn't conceive in four months, it was unlikely that I would ever have children.

After almost a year of fertility treatment, I stopped.  We were getting ready to go overseas and it wouldn't have been possible to continue.

Imagine my joy, our joy, when I found out that I was pregnant!   We were in Bangkok.  At that time (1976?) we had to make overseas phone calls through the US Embassy operator.    We called my mother and my in laws.  We were all overjoyed!  The baby was due in April,

On January 2, 1977, I started to bleed.   We went to the hospital.  There was no heartbeat.  The pregnancy urine test was negative.   I was no longer pregnant.  Or, at least, I was no longer carrying a living baby.   We were devastated.   This time we did not call home with our news.   We wrote and mailed notes to everyone.

I have been watching a TV show called "This is Us" about a middle class family and their dramas.  That's maybe an oversimplification, but that's not what I am writing about here.

What prompted me to write is this:   one of the characters on the show has just had a baby.  That's sort of what I am writing about.

The new mom is not wearing any make up.  She has freckles.  No eye make up.  Her eyes look tired.   She looks so sweet and innocent.

Many times I have seen new moms who I had met before they gave birth.  They had their "face" on.  Even if just a little mascara, they were done up.

Often, usually, when I see a new mom with her new baby I see a completely different person.  They don't have make up.  They often look tired.  Their hair is not "done", it might now even have been washed or brushed for a few days.  And yet, there is a sweetness there.   A naked face.  A true mom face.

New moms, often at their worse, are beautiful.    Their guard is down.  They have set their armor down and are reaching to another mother (me) either for help, reassurance, ir just to say "welcome into my sacred space".

I don't have any photographs of these new moms.  If I did, I don't think that the feelings and beauty would be captured anyway.  The photo would just be an image of a tired woman.

That fleeting moment of vulnerability and grace, and fierce love and protection of the newborn.   That cannot be captured except in the moment.  In the flesh.  In being there.  In reality. 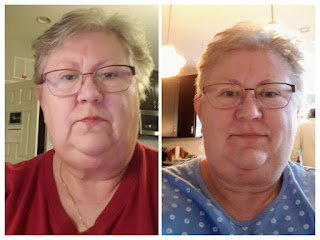 The picture on the left as you look at the picture- the one in which I have on a burgundy shirt, was taken today.

The other picture was taken a month ago.

I looked in the mirror today and was surprised to see that I have developed jowls.  I guess in losing weight at this age, my skin is not as elastic and so when I lose weight- as I have been doing- my skin sags.

Oh joy. Just when I finally start to lose weight and begin to look forward to looking like my old self, I find what my old (current) self is developing into.

Life is so strange.  I was such a pretty girl and young woman.  I was insecure and felt ugly much of the time.  And now I am going down the road to-- what?

Oh well, I am alive.  I am mostly happy.  I have a wonderful life.  That's beautiful.

This last weekend I attended LC in PP Workshop (Lactation Consultants in Private Practice) in Philadelphia.  This is the fourth time I have attended and the first time it didn't snow while we were there.

The word "boob" was used a lot.  By just about everyone (even myself I must confess)    I really don't like the word when it is used for "breast".

Aside from that peeve, the conference was great.  I learned new things and met with other people (mostly women).  There were many familiar faces and I met a lot of new people.  I won't remember a lot of the names, but I recognized faces and rekindled friendships.

I feel like I am rambling here.  I really sat down to write because of the word that bothers me.  Boob.
Posted by Nancy at 7:24 PM No comments:

You ask someone really close to you to help with moving into a new house.  They say sure and then don't.  Then get annoyed and ask why you didn't just hire some day laborers.   Well, I don't know (sarcasm).

When they needed us we were there.   It never occurred to us to  tell those loved ones to hire someone.

Now we say we are thinking of hiring someone to do some yard work.  Same person who questioned why we didn't hire anyone now says, "why didn't you ask me first?

Seems there is no way to win.  Whichever thing you do is wrong.

Went to the breast surgeon with my sister this morning to learn about her lumpectomy .  Everything is looking good.  Clear margins around the tumor.  I think that means that the tumor was removed and the area of tissue surrounding the tumor was removed (not all of it of course) and the part that was removed- the margins, didn't have any cancer.  There was a lymph node removed and it was cancer free as well. 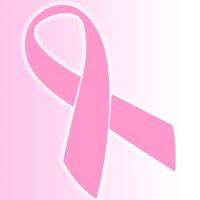 What a big relief!

Also, not sure I wrote about this, but I had an MRI last week to see if there was anything growing in


my brain that shouldn't be.  SO far so good.   I do not appear to have any brain tumors- new or old.

Dear Ms. Sherwood,Your MRI of the brain from 3/6/2019 was reviewed and shows no reccurent tumor present and stable findings as compared to the previous scan. We recommend that you follow up with another MRI in 6 months.Pease let me know if you have any questions.Thank you,


I am planning to go to Portland and cat/ house sit for Courtney for a couple of weeks.  I am looking forward to this as a bit of R&R.

The weight loss and the physical therapy seem to be helping a lot.    I feel better.  My knees are not hurting all the time and I rarely need my cane.   Fingers crossed that the knee pain wont' come back.

After midnight and I need to get into bed.  I am so tired!

My life lately seems to be full of "well, it all depends".  When can we travel?  When will the old house sell.  When will I be able to have knee surgery?

When?   I want to be spontaneous. Go on a trip with Nick, or alone.  I would like it to not be so dependent on all of the "it depends".

My sister was diagnosed with breast cancer.   She had a lumpectomy.  Now we wait to see what the pathology report says.   Then, depending on that report, what's next?   We wait.   A lot depends on it.

I want to have my knee surgery for knee replacement.   But I wait for the right time.   If my sister is going to need my support, I want to be able to be there for her.  There's a possibility of a  family wedding this coming summer.  On the west coast.  I need to be able to travel.  Then there's a LLL Alumnae trip to New Orleans in November that I plan to go on.

Nick wants to travel.  How can we plan?   Will I be needed somewhere? Will I be physically able to travel?   Do I want to travel?

Our house in Reston has not sold yet.   It is a bit of a financial burden since we are still paying utilities and a mortgage.   And we have to maintain it so it is presentable to potential buyers.

We worry about our adult children.  Wanting to launch and launching are not the same thing- and both are hard.   Caring and worrying are exhausting.

I want to be able to do the domestic things I enjoy.  I have a great room in the basement in this new house.  It is my sewing/ crafting/ computing room.  But it is not ready to use yet.  I do a bit of unpacking every few days.  My new/ updated computer is at my nephew's house.  He did a lot of work on it and we have not been able to coordinate getting it to me.

I am exhausted.  I want to have time to do nothing but house stuff.   I feel like I go out every day.

I do physical therapy, LLL, Weight Watchers, see my sister when I can.  All good and necessary but every time I do an activity it takes energy.

Today I had an MRI.   Another multi hour activity.

Oh yeah, I need to make an appointment for Buddy the dog to have his nails clipped.  I've been saying that for months now.