I have had two brain tumors. Both different.  One was called a meningioma, the other an osseous hemangioma.

I had surgery for the meningioma in 2014.  The meningioma was a tumor that was growing into my brain.  It was not malignant, which means it was not cancerous.

The hemangioma, which was removed in November 2017, was a tumor growing into my skull.   It too was considered benign, or not cancerous.

I know neither tumor was considered malignant.  I was "lucky" not to have cancer.  I don't think having a brain tumor is lucky however.  I had complications after both surgeries.   However, I do not think that there is such a thing as a "good" brain tumor.

I am going to put some pictures of my post 2017 skull surgery here.  These are MRI images.  In the front area of my skull, there are star shaped things that are the clamps that hold my skull together where it was cut to remove the meningioma.   Behind that there is a big "hole" space where the piece of skull with the tumor growing in it was removed.  An implant was put into that space and it is held into place with a variety of clips and clamps.

So, this is how my head looks after having two benign tumors removed. 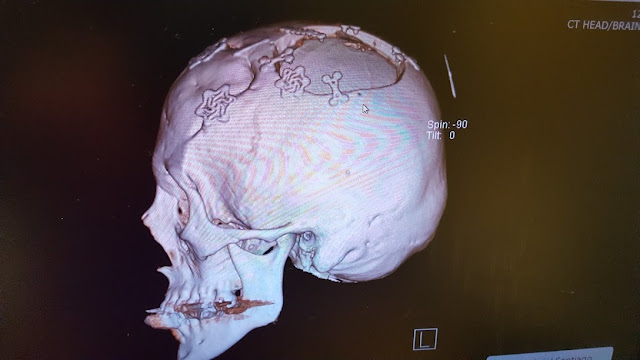 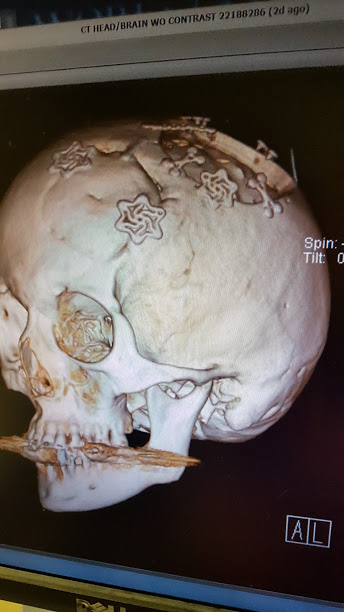 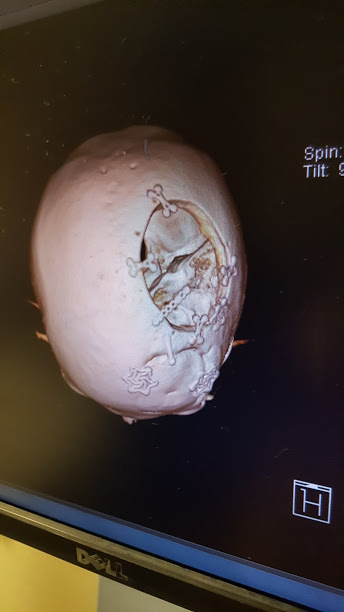 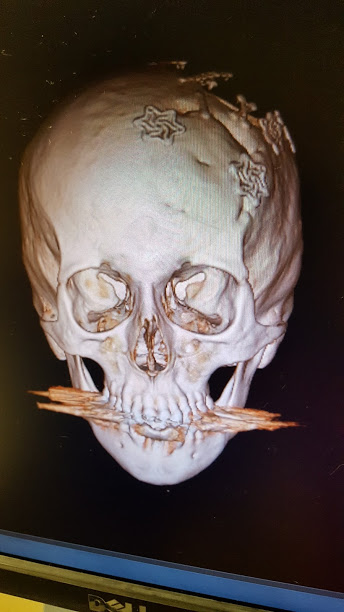 So, here's what's happening in my life

I had surgery for an osseous hemangioma , on November 28th, 2017.   I woke up from surgery feeling so good.  The tumor was gone and so was the headache it was causing,
Surgery was on a Tuesday and I went home on Friday.  I had mild headaches which got better and better.

On Tuesday , December 12th, two weeks after surgery, I went to Starbucks where I have held weekly "Breastfeeding Cafe's" for about 8 years.  When I got home I had a bit of  a headache.  I figured it was from wearing a hat for several hours when I was out.

Well that wasn't it.  I woke up at 2:00 am Wednesday morning with a fever and a terrible headache.  I thought for a few  minutes and decided to call the neurosurgery department of Johns Hopkins, where I had my surgery.  They told me to go see my family doctor as soon as the office opens.  I had just been there for a check up and all was fine.  I saw my doctor and this time he did blood work and sent me home.  Shortly after I got home my doctor called and told me to go right to the hospital because my white blood cell count was way too high.

A couple of hours of IV antibiotics, and blood work and I went home.

Thursday morning I woke up to go to the bathroom around 4 am and discovered that my left eye (surgery side) was swollen shut.  Off to the ER again.  Nick drove me.  I had texted my sister and she met us there.  The ER doctor spoke to one of the doctors who operated on me at Hopkins. The ER doctor wanted to send me by ambulance to Hopkins, but the Hopkins doctor said that since I had an appointment the next day I could come then

Friday, we (Nick, my sister and I)  went to my appointment and I was admitted.  And here I am.  I am getting IV antibiotics, and all sorts of tests.  There was talk of the possibility of having another surgery.  The thought was that the implant in my skull might be infected.

Both of my arms are bruised up from all of the blood tests and the IVs.  My belly is bruised too.   I am getting shots of heparin in my belly to keep me from developing blood clots.

It is Sunday evening.  I am not sure when I am going home.  I might have a picc line put in so I can keep having IV antibiotics when I go home.

So, here we are.  Waiting, and doing whatever it takes to make sure I get well and stay well.

Pictures- not in sequence 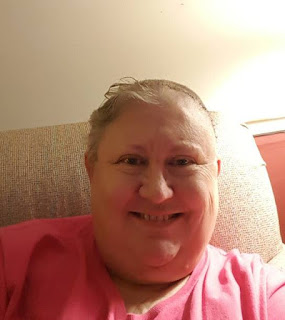 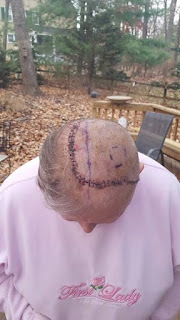 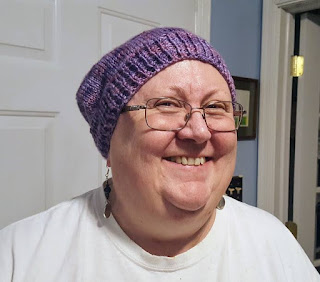 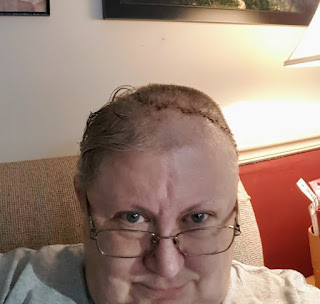 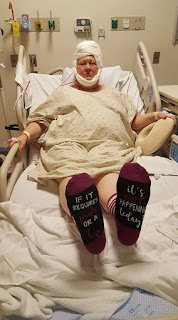 
I love blogging, but somehow I have not fugured out how to post pictures in sequence and capture the word tha go with the pictures.  Oh well, here's my last two week! 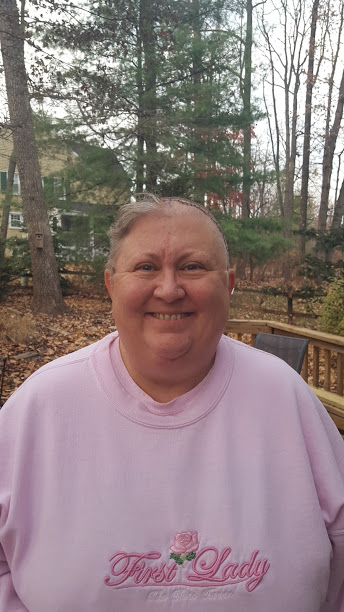 
I got home from the hospital yesterday.  Feeling so much better, and freaking out at my lack of hair!   I have the occasional headache, which, when you see the pictures, you will understand.  But, my tumor pain is gone.

I have likened the tumor pain as being like the discomfort you feel when there's a pebble in your shoe.  Well, that pebble is gone now.

I am tired.  Staying in pajamas.  Spending too much time on the computer.   Feeling so relieved and surprised and amazed.   A week ago I was not sure I would be able to speak, walk, or even be alive.

And here I am!  Tada