I have been feeling sick since last week.  I get crabby/ bitchy when I am sick.  Or even before I realize i am sick.  Once the sick actually sets in, I am hopefully not as bad.

Sort of like kids.  When they get all cranky and whiny you get so annoyed.  Then they throw up and you feel guilty.  Or something like that.

I started out getting out of bed on Thursday with extreme vertigo.  I felt like I was walking on a rocking boat and was about to fall down.    I've had some digestive issues too.  Just generally feeling lousy.   No energy to do anything but look at facebook, watch TV and sleep.  I think at least some of it was a sinus infection which seems to have resolved itself.

There was a change in the weather, which I am sure brings on head and ear issues.  We had snow.  Again.   Lots of snow- well about 6".  This is our third or so snow storm this winter.  I guess it makes up for the winters with little or no snow.

Everyone whines about the snow.  How they are sick of it.  Well, not everyone, but almost everyone.  I have not felt well enough to really spend any time outside enjoying the snow.  But I had a thought today that I decided not to put on facebook.   I was thinking how much I would like a winter where there was snow pretty much from December through January and into February.  Like in Norway.   I would like it to be a normal thing instead of such a big deal.

Ok, here are the pictures I took out our bedroom window today.  They are of Nick using our Norwegian snow shovel. 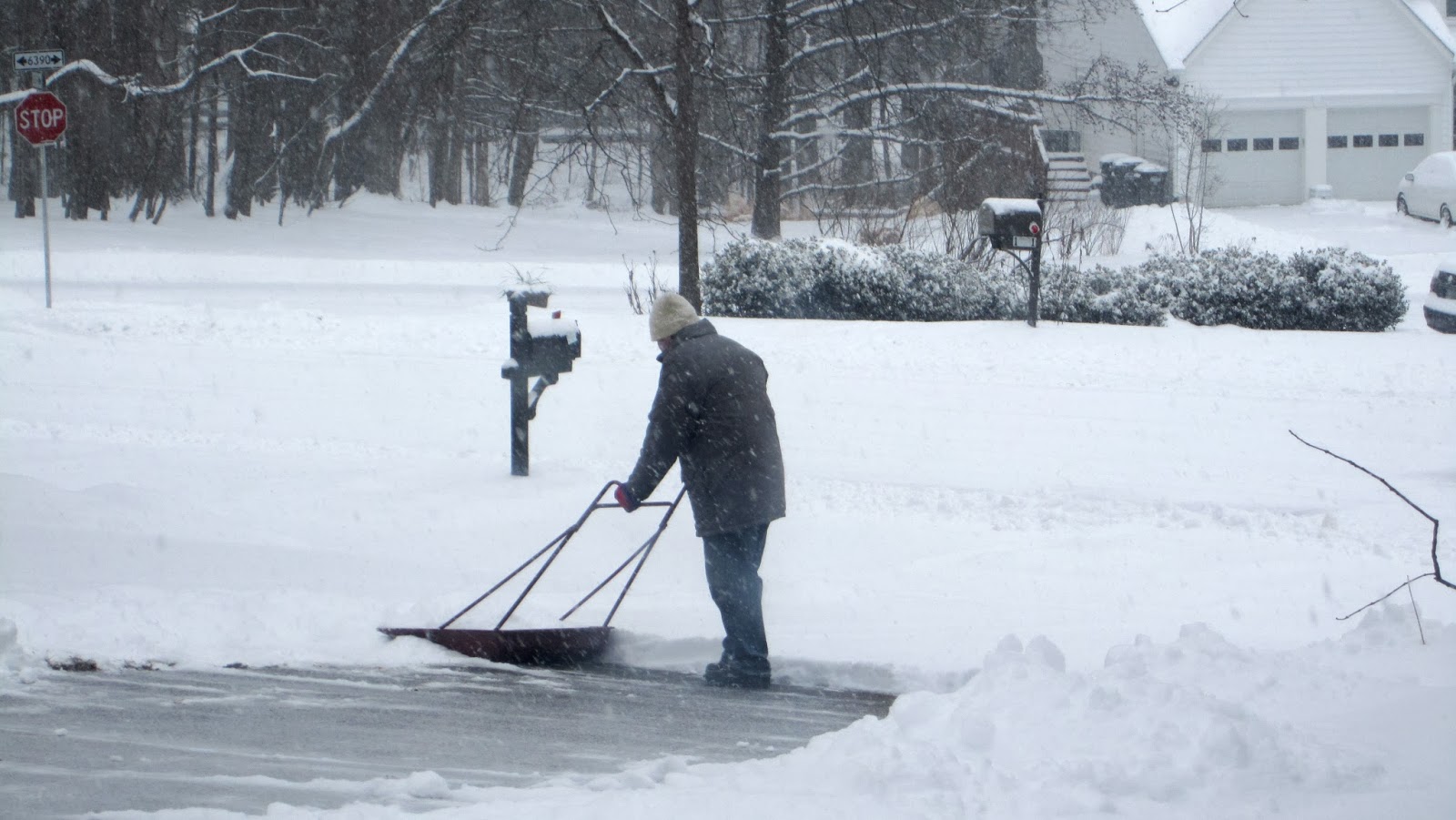 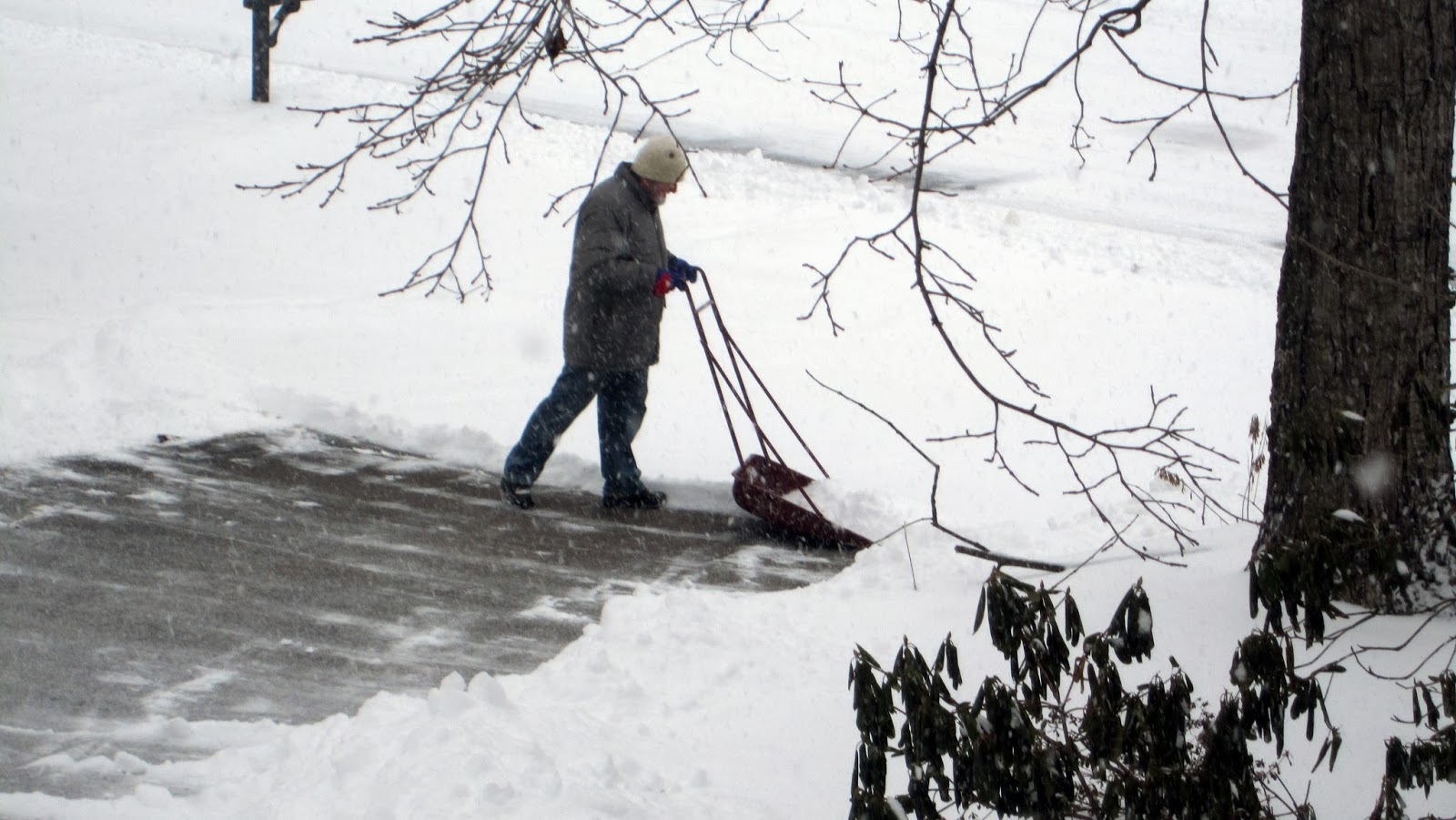