Just a quickie tonight before I go to bed.   On Facebook there is a group called "Keep Portland Weird"  I love their quirky postings/ pictures of Portland.  I think Portland is a really unique and special place.   Courtney and Morgan live there and so are living their lives there. It is home to them

Well before they were ever born, Portland was home to my family.  My parents and siblings.  Carol, Dale and I were all born in Portland.

A couple of moths before my mother died, Carol and I made a photo album for her with pictures of her life.  One of the pictures is of her, walking down the street, in downtown Portland, Oregon carrying Carol.

I thought of that picture today when I saw the Portland stuff on Facebook.  I decided to pull out the album and scan the picture.    So I did, and here it is, taken in 1948: 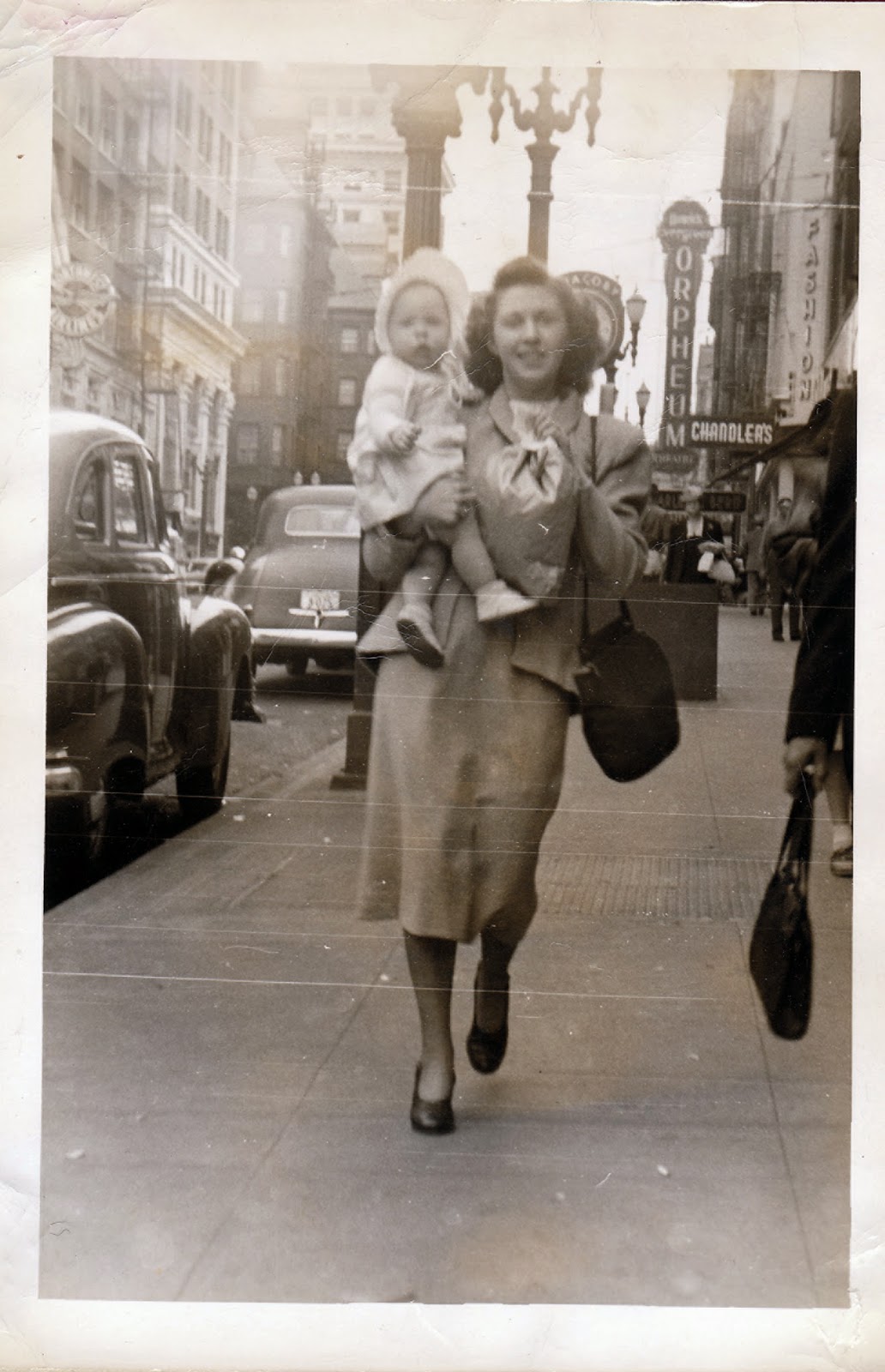 As you can see, the Orpheum  Theater is behind them.  So then I decided to search Google for pictures of the theater.  I learned that is was built around 1912, and was torn down in 1971

Here's one of the pictures I found online.  This picture was taken in 1946 I think: 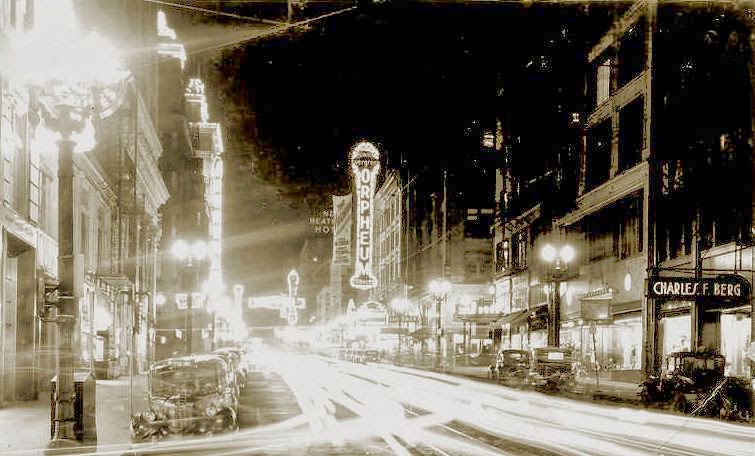