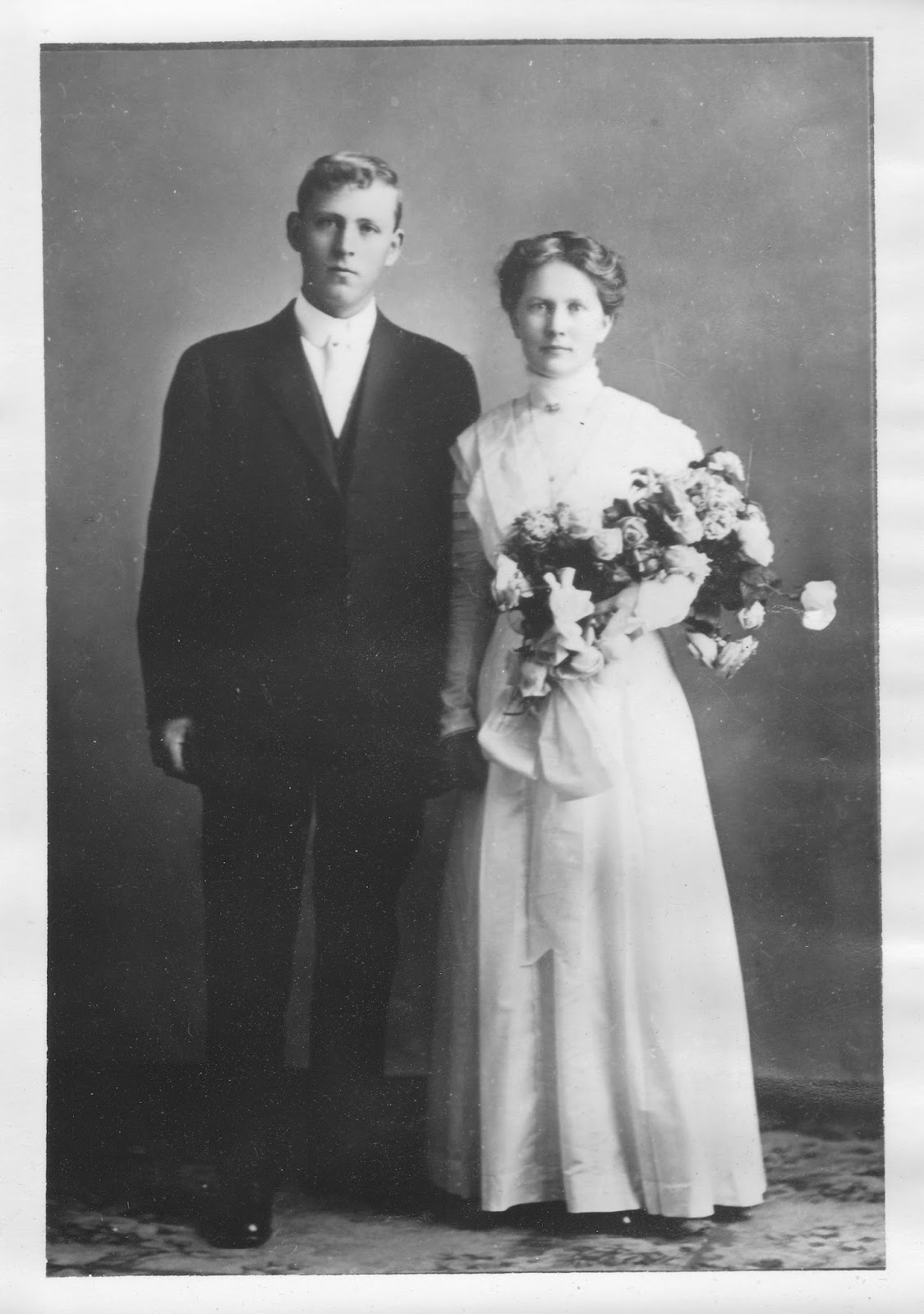 These are my grandparents, on my father's side.  Nicolai and Karen Thompsen
1910.  On their wedding day.

Both of my grandparents emigrated to America from Norway.  They met in the US.   My grandmother did not speak English until her children started school.   I never met my grandfather, and I don't know if he spoke any English at all.

My grandparents were married in 1910.  They had five sons, my dad being the middle child.   In 1939, my grandfather decided that it was time to go back home, to Norway.  My grandmother refused to go.  As she told me, she said "I have five American sons, I am not leaving".    This was in the middle of war time, not a good time to go to Europe at all.    They never saw each other again.

My grandfather was born Nicolay Tobiasen in Farsund, Noway in 1888.  He died in Farsund, on the family farm, Kjørrefjord.   His name had been changed to Thompsen in America, (my maiden name), but on the grave stone it says Kjørrefjord.

The reason I am interested in my grandparents, particularly my grandfather is that he had a "brain infection".   I am not sure exactly what that meant, or how it was diagnosed.  I do know that he had brain surgery at  Rikshospitalet in Oslo.  I know that he got an infection from that surgery and he died in 1945 at the age os 57.

I wish I knew him.  I wish I understood what happened to cause the rift in the family that kept my father from talking about him.  But, right now, with my impending brain surgery, I wish I knew what his diagnosis was and how it was arrived at.  I don't imagine I will ever know.

Weren't that a nice looking couple!     So many stories I will never know.