I'm behind the wheel again!

I decided to take the car out for a drive the other day.  I went out on Wednesday afternoon.  First I got gas.  Then I went to Walgreen's and just walked around looking at stuff.  It felt so "normal" to get behind the wheel after 5 months of not driving.  I wasn't too surprised.  When we were in Thailand I only drove until I got into my first accident.   A small fender bender.  I decided after that to just take taxis!@

Thursday was our LLL Couples Meeting.  It turned out that none of my co-Leaders were able to help as back up. I have been a loan Leader plenty of times, not in ages, and not after brain surgery.   There were 21 people there.  A pretty big group!  I felt pretty good about it, and I hope we see these new moms and babies, after the babies are born!  Several of the mom/ baby pairs were moms from my Breastfeeding Cafe' on Tuesdays.

I was even able to help a sweet teen mom who is really keen on getting breastfeeding to work.  She lives in a half way house for teen moms who are still in school.   What an amazing thing to meet someone so young and so determined!

Earlier Thursday my sister and her grand daughters came over to visit and to go to the book sale at the library.   I bought a bunch of folders which I used for my LLL meeting.

Between the book sale and the LLL meantime, I was totally wiped out all day yesterday.  Stayed in pajamas all day!  If felt good and I needed it!

Today, Nick and I drove to Lancaster, PA to attend a talk given by a woman who writes about the Pilgrims.  She spoke on her current book about Scrooby Manor, where William Brewster lived.

Nick and all of our kids are direct descendants of William Brewster, so that was neat.

The drive to Pennsylvania took about 3 hours and a little better on the way back.

I am pooped again.  I think that is the main thing right now.  I feel like I should be able to more than I can.  And I pay for it with aches and pains .

Ok, one more, quick and scrambled thought for the night:  There are ads on TV about the coming Emmy Awards are given by the academy every year.    On the ads, is Seth Myer.  He is so young- at least that's how Nick and I feel.  I told Nick that I think Seth Myer will be to our kids generation what Johnny Carson and Jay Leno were to ours.

Aging is so strange.  Seth Myer for instance.  One day the kids will say "wow, he's sure getting old"!

We were watching a PBS show about the music of the sixties and seventies.   I think it was Joe Cocker hosting the show, maybe Eric Clapton.   Either way, I couldn't tell you because time has changed them (and us) so much.     All the old rock stars that come on that show may sound about the same, but they are otherwise, unrecognizable.    Oye!

Courtney and Morgan have left Portland to head to Burning Man/   I am glad they are going together and feel so bad for Darcy not being able to go this year for his thirtieth birthday. 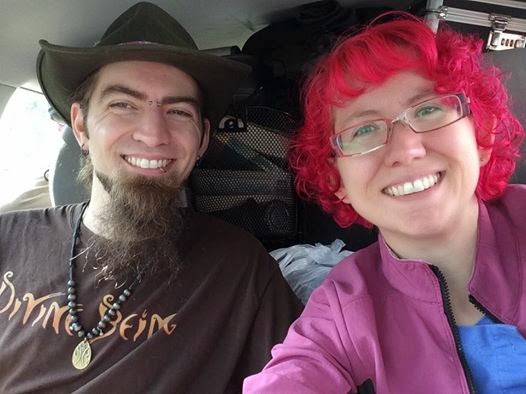 They are going to have a great time together.  I think it is amazing and wonderful that siblings get along this well, and actually enjoy being friends!   I love them so much!