Courtney, my first born, just got a hair cut and color after years of having red and blue and purple hair.  She posted a picture of her new hair cut on Facebook, and I was startled to see what a resemblance she has to the Norwegian part of the family. 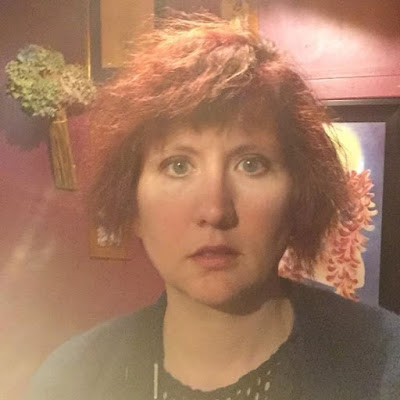 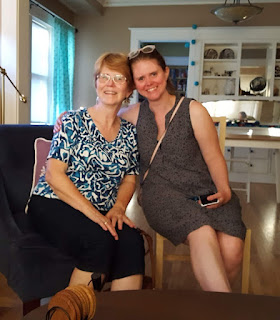 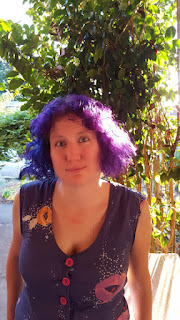 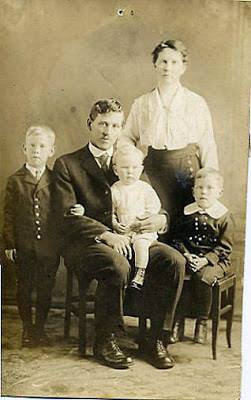 My grandparents, two uncles and my dad as a baby ca 1918
It's hard to see any real detail, but Courtney looks a lot like my grandmother in this picture.  It's those high Norwegian cheek bones. 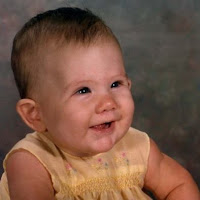 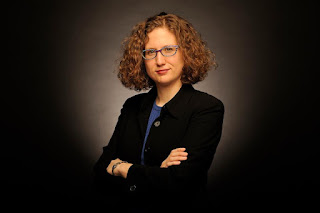 Business Courtney 2011 (I love her hair in this picture!) 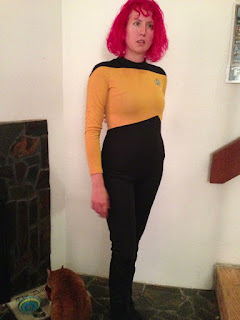