So far so good!

I usually get melancholy and depressed at this time of the year.  Especially in the days and weeks leading up to Christmas.  This year was different.  Yes, I did get a little bit blue just before Christmas.    Then I thought about it.  Most of my adult married life I have had a really hard time with the season.   I was happy and looked forward to the kids' excitement over Santa, and later just the fun of being together in the same place at the same time.  But there was that little piece of dread that would seep in.

This year, after pouting a bit about not having all of the kids home, I thought about it some more.  They are all adults.  They all have their own lives, homes, friends and stuff that I am not a part of and don't know anything about.

I have had many dreams and aspirations in my life.  But the biggest, most meaningful aspiration was to be a mother.  Before becoming committed to  the idea of being a full time mom, I thought I could finish school.  Have a career (preferably medicine), have kids and basically have it all.

After having trouble conceiving, I realized that being a mother would be enough for me, if only it would happen and I wouldn't be childless.  The thought of not having children and not being able to conceive was painfully scary.

By the time we were really on the road to being parents, Nick had a good job and a decent income.  We both agreed that it would be a good thing for me to be a full time, stay at home mom.

Before I had Courtney I read La Leche League books and learned the concept of attachment parenting.  I didn't know the term at the time, but the concept became a big part of our parenting.

Of course it's hard.  When there's a house full of wild children, sometimes you think you are going to lose your mind.  You fantasize about running away and being free of responsibilities.   Then you put a load of diapers in the washer and go on to the next task.    One of the best parts of mothering when they were small, for me, was being able to sit and nurse and relax and watch my little one melt into a sweet ball of sleep.

"We give them roots we give them wings".  I don't know where that comes from.  I like the concept although it's really not all that smooth to transition from attachment to independence.

I wonder if that's the trap mothers set for themselves and their children.  We feel like we own them.  We made them and fed them and loved them. We wanted to be left alone sometimes and we were touched out at times.   And then, just as they kids assert their independence, it is hard to let go.  Hard not to offer "advice", which is nagging to their ears.

When each of you were born, I marveled at you.  You stared into my eyes as if you were asking me where I had been all your life.   I melted into love.  Every time.  You are all different and always were.  Your births were all different.  But I am so lucky that I got to know you right from the start.   The first flutter in my belly excited me each time as I wondered who you would be. 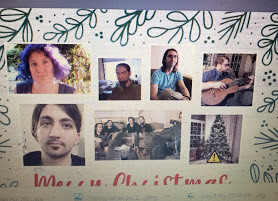 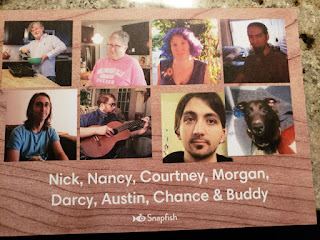