Some sort of epiphany

I have had this feeling of gloom and doom for a while now.  It's just been an underlying depression that I couldn't exactly put my finger on, but I was just feeling kind of blah.

I know some of it comes from the election of Donald Trump.   But, usually something like that passes.  It is intense, but fleeting.  This was different.

Then, I think I finally figured it out.   I "lost" my "H" drive- an external hard drive on my computer.  I had all of my thousands of pictures stored there.   I had worked so hard on taking and storing and organizing them.
The pictures were not actually "lost".  They are all still around.  But, not the way I had worked so hard to create and organize and file them.

I have tried to explain it and have not been able to articulate my feelings.

Then, the other night, I couldn't sleep.  I got up and started to write/ draw out what I had "lost".  It was all of the work I had done to create a system that I loved.   I have had lots of suggestions such as "they are all there, you just have to re-organize them again".

I started to think about what it was I felt I had lost.  I thought of it as an object.  I told it to Nick this way;  imagine you made a beautiful guitar (which he has done), and it broke into a thousand pieces.   And you were heart broken.   And you were told "you have all the pieces, just put it back together".  Like it is that simple.   It is the loving care and thought and time that went into the beauty of the guitar, not just the "pieces".

I wrote down what I felt represents, somewhat, the order and system I had created, and why I felt too overwhelmed and too hurt (?) to just "replace" it.

But being able to articulate what my loss was, and to have it understood, took away that feeling of helplessness.

It has been and is genuine grief.  No, not over a "living" being, but a piece of myself.   So, now I can get back to feeling like I am going to be alright.

Here's what I drew up in an effort to try to help it make sense to anyone else.  Mainly to Nick because I know he cares about it more than most anyone else would.

This represents all of the folders and work I put into my now lost filing system. 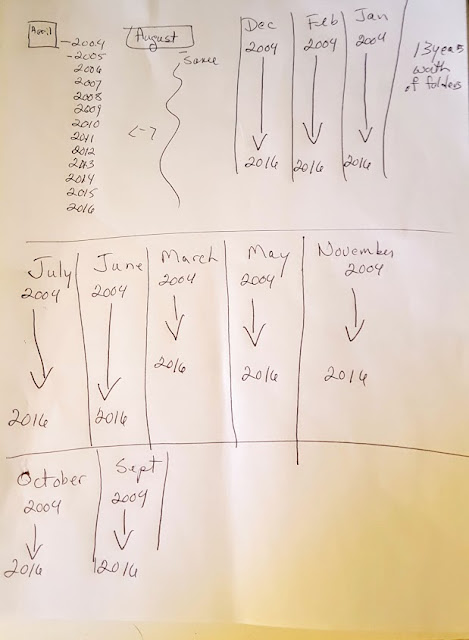 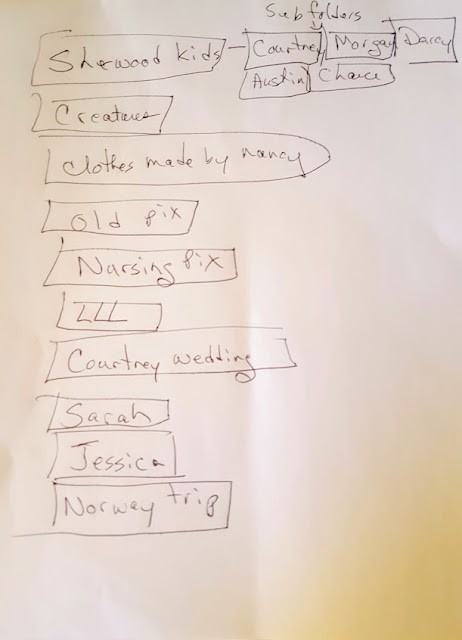 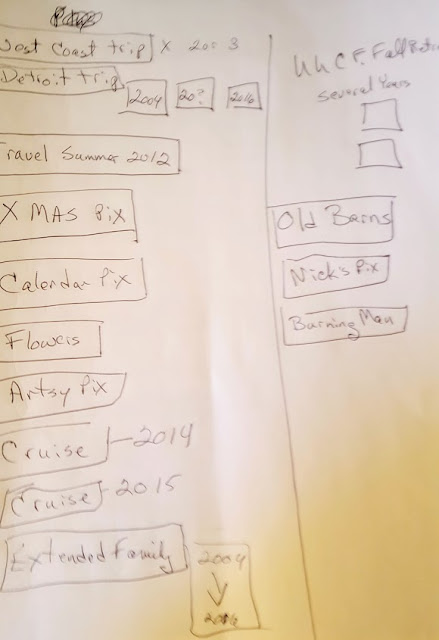